Hey! I’m Marissa, a freelance web designer and digital marketer. I love working with clients to take the overwhelm out of getting their business online. Thanks for stopping by and taking a look at my blog!

Andrew Waite is a brilliant accordion player and composer from the Scottish Borders. He plays in bands such as Dallahan, Fourth Moon, and Eliza Carthy’s Wayward Band. Full disclosure, he is also my hilarious brother in law!

Andrew has been working really hard as a musician based in Glasgow for several years, and as he was about to release his first solo album he decided he needed a new website to promote and sell his album. A lot of musicians use Bandcamp to sell their albums, but I thought Andrew wouldn’t have to pay their commission fees if he was able to sell his album on his own site. As a self-employed musician, seemingly small things like this can make a big difference!

Andrew and I looked at various site designs and concepts that he liked, and built his initial site for releasing his album and being able to sell it online. This will be a bit of an ongoing project as there are still pages he wants to add, however it was possible to get a simpler site together for the purpose of his album launch. We created a woocommerce shop to sell his album, and hopefully some others that he features on once he’s decided what he’d like to do.  Andrew also had some lovely photography done by Orla Stevens for his album cover so we used a lot of these for his site build. They were perfect for this, and very similar to my taste in photography!

In addition to his website build, I did some work on Andrew’s social media channels for him. Being away most of the summer months means he doesn’t have much time to update as often as he’d like, or to create and manage his Facebook ads. I optimised his Facebook page and then launched his album there, linking people through to his site. This included several promoted posts and new video releases, with the aim of getting a high amount of views on Facebook.

My background in folk music means a lot of my friends are musicians, and I have a knowledge of the scene and what it takes for people to be able to make a living as a musician. I would love to do some more work with musicians, and let’s be honest, beautiful photos and a nicely designed website that’s easy to update can really help bring in your enquiries and bookings. Drop me a line here if you’d like to chat about a new project with me, or take a look at Andrew’s website here. 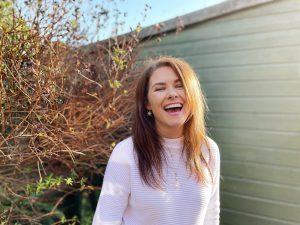 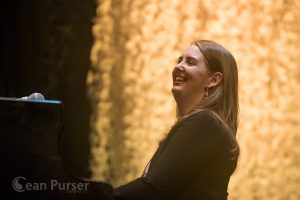 I’d love to connect with you over an email and a cup of tea for a little bit of magic.

*by submitting your details here you agree to hear from me every now and again via email. I will never share your details with anyone else nor will I start emailing you every day. Don’t stress, you can unsubscribe anytime if they don’t bring you a little bit of joy :) *

Branding by Laura | Photography by Rachel